A 26 meters long old passenger railcar was sponsored by the ÖBB to the Landesfeuerwehrschule Tirol in order to do so called „Tunnel Reality Trainings“ with it, they practice the case of emergency when a train catches fire in a tunnel and has to be evacuated. I was commissioned to repaint the whole railcar from both sides to fit better to it’s new usage. The Inspiration I used for this piece came from the old craft of „Lüftlmalerei“ which was a form of painting on buildings on the landside of austria and bavaria, common motives were from the bible or to depictions of patron saints. As this railcar was a gift to the firefighters, I decided to paint saint Florian (the patron saint of the firefighters) on the one side and saint Barbara (the patron saint of the miners) on the other. 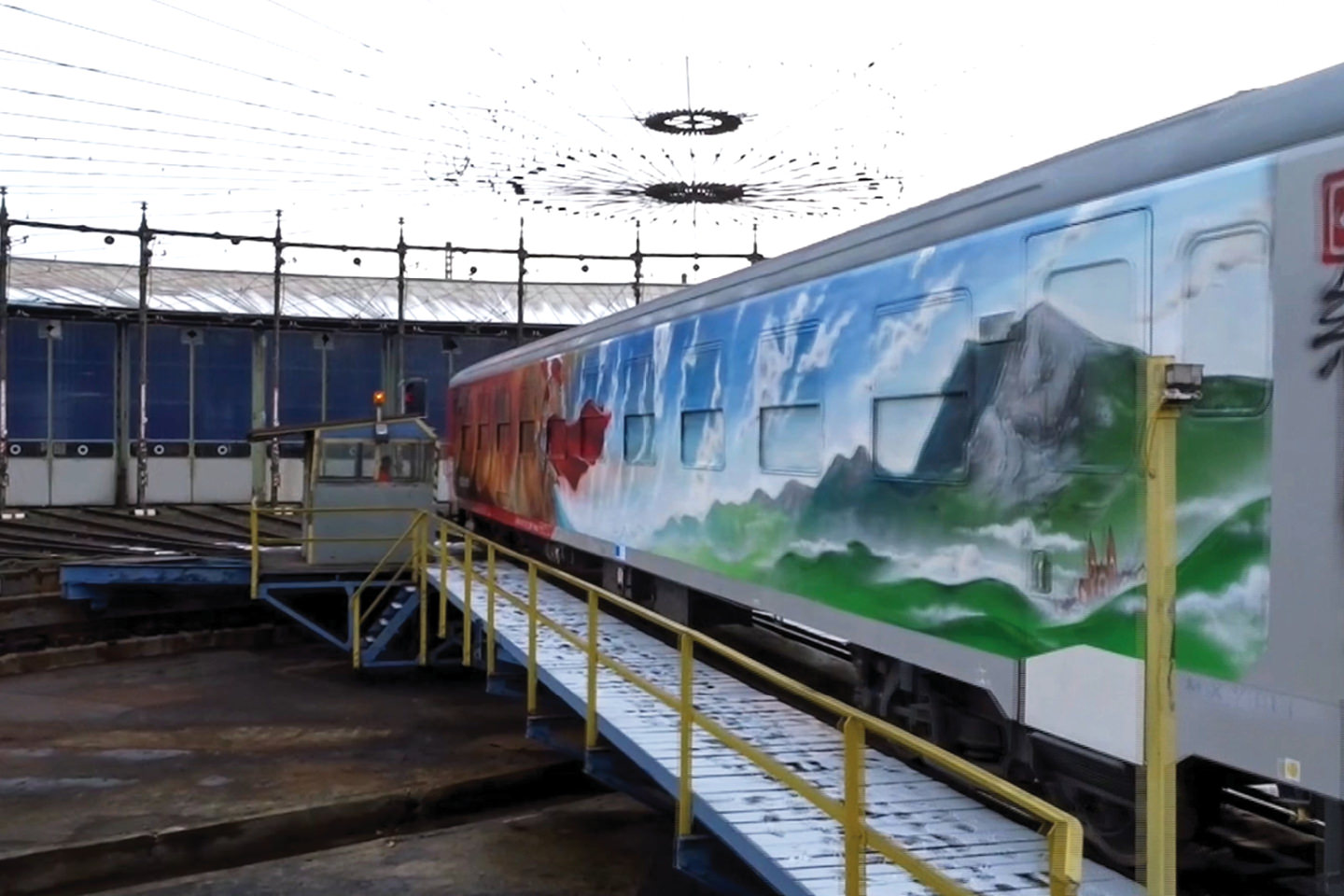 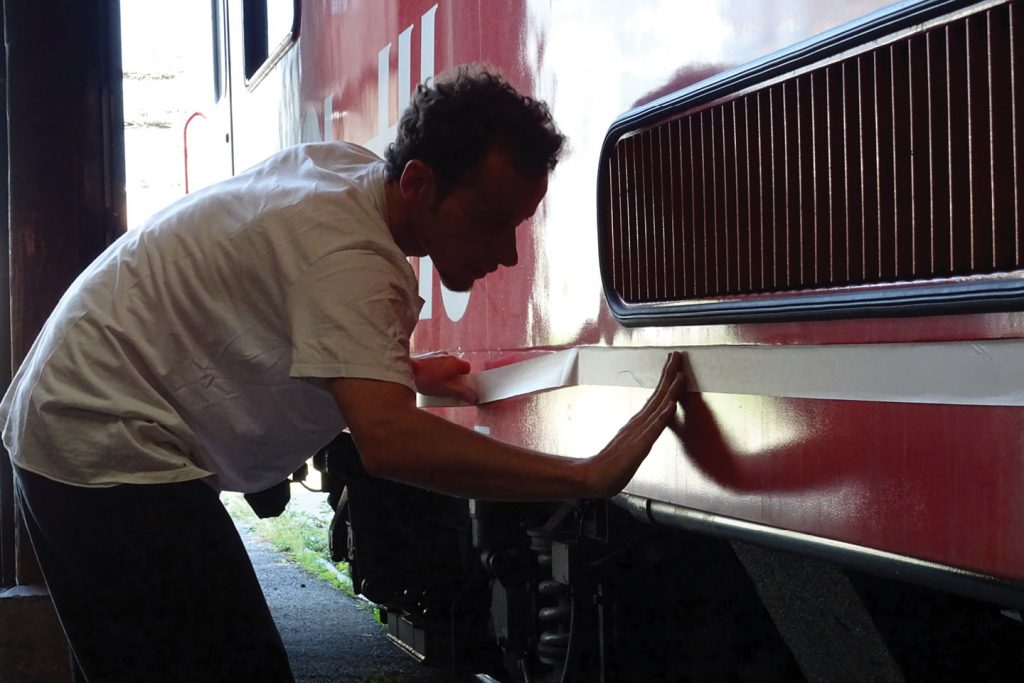 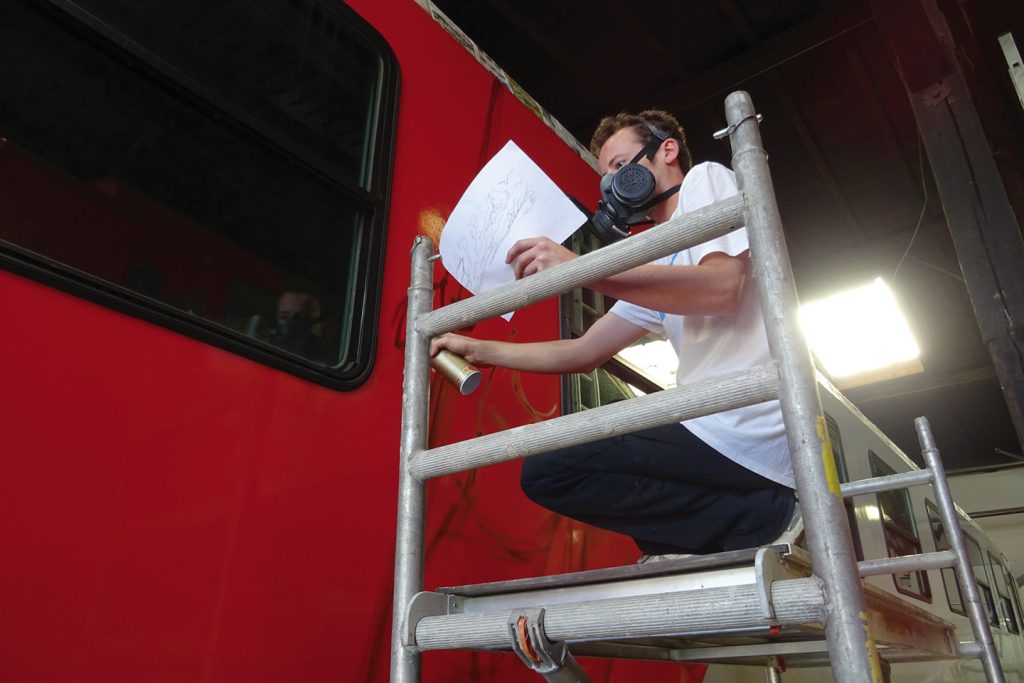 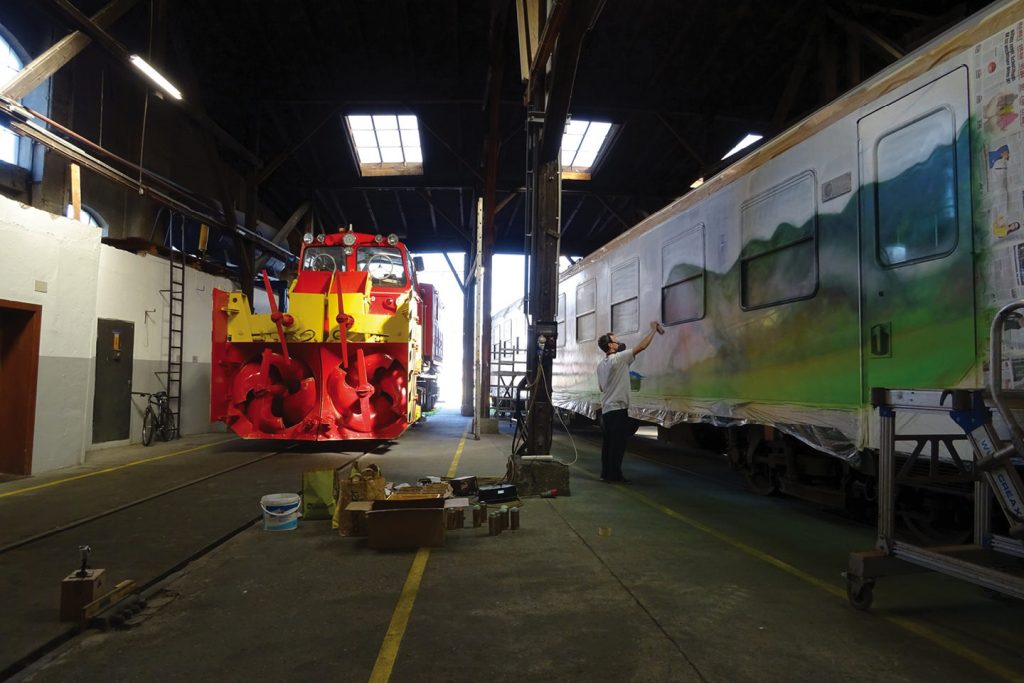 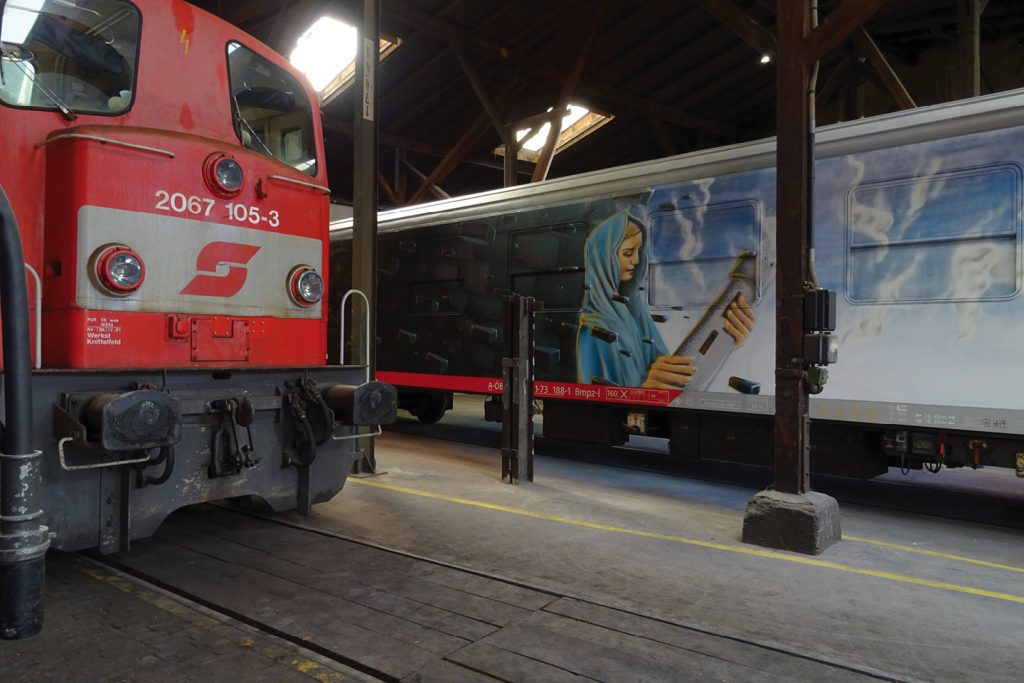 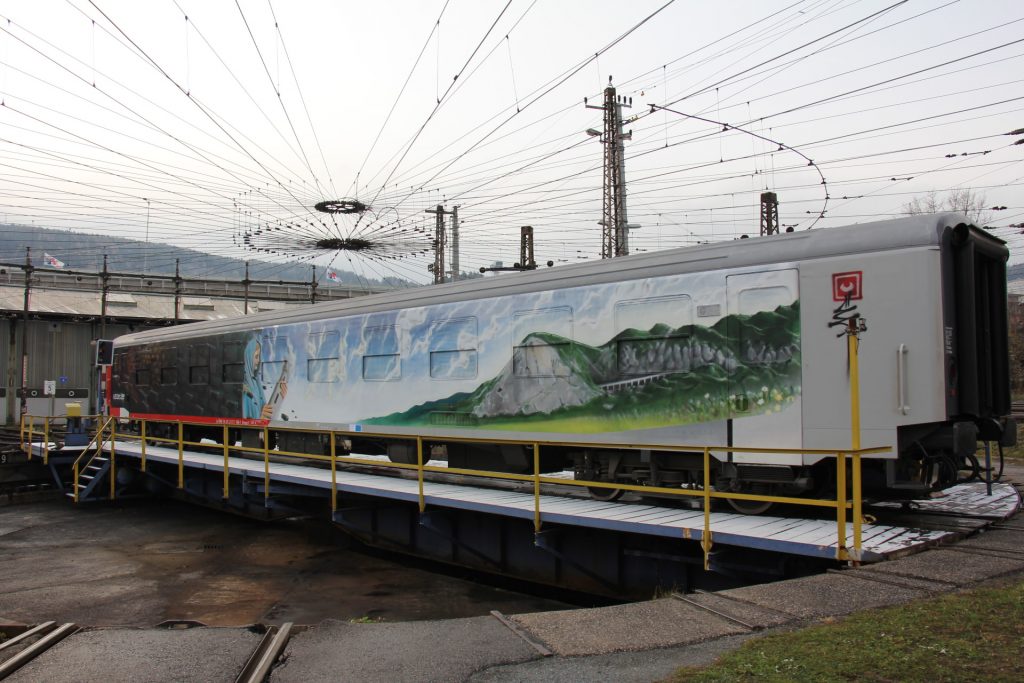 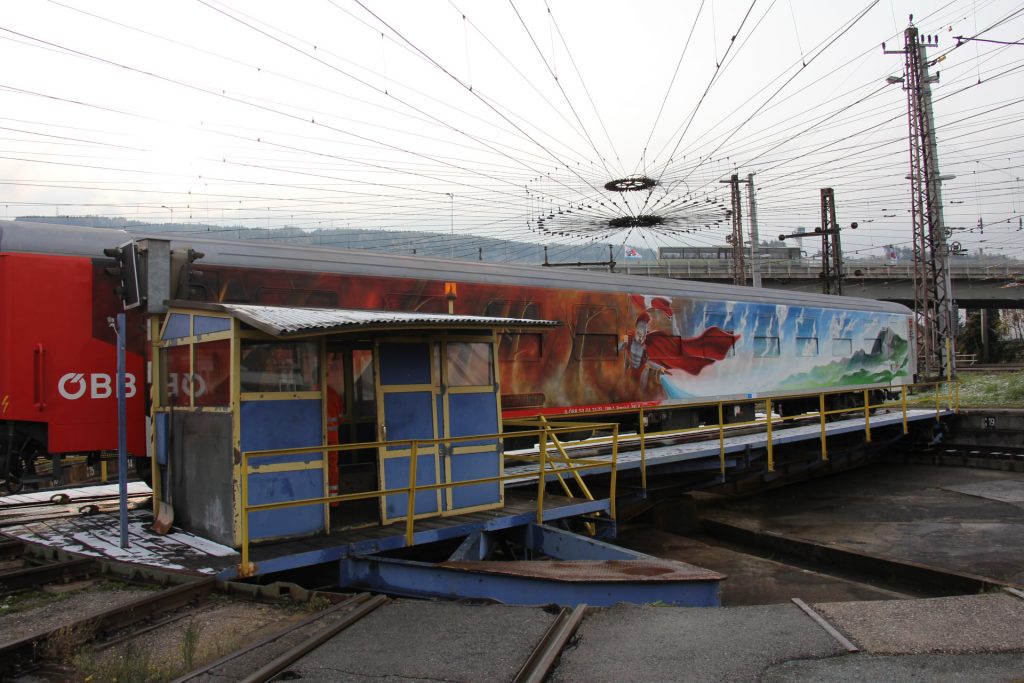 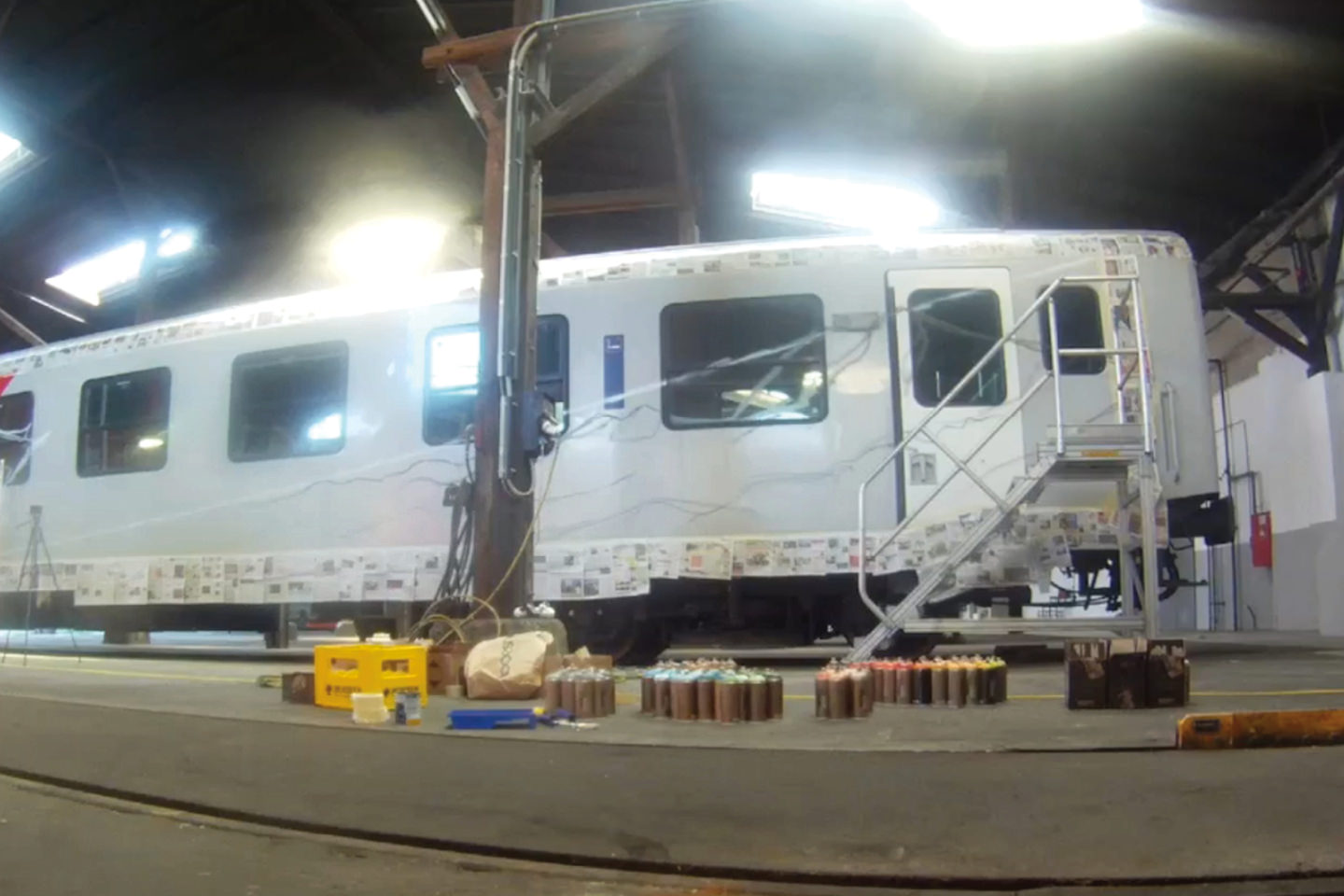